The Lahdenpohya region, where is situated Sorola Park Hotel is called the cradle of the North. On the map is taking only 2200 km2 and is located on the north-western shore of the Ladoga lake.
It borders with Sortavala region, Finland, Priozerskiy and Viborgskiy regions.

So, take a notepad and write down "must see" places:

1. First of all, it is worth to go to Lahdenpohya region to see this beautiful nature.
Here is the bottomless Ladoga lake, the biggest freshwater lake in Europe. In water area are located nearly half thousand of islands.
Here is magnificent Ladoga skerries, forming the labirinth between water and islands. Stone granit ridges majestically towering above the water and at the same time going deeply down into the cold water of the lake. To soften the agressivity the nature created small green islands, where during the autumn you can hear the cry of birds.
But Ladoga is also famous for its insidious. A lot of ships crashed here. The thing is in relief of the bottom, from one side the lake is very deep, from another - shallow.
We suggest to take the boat and to make a small trip through Ladoga lake, you will feel the magnificence of the nature, the beauty of this region and will meet its inhabitants - Ladoga seals, which are listed in the Red Book of Russia and Karelia.


2. In only 400 metres from the park-hotel is located the most beautiful mountain, from which is opened the magnificent view.
So far, everyone call this mountain snake mountain, but not everyone knows that the historic name of the mountain is Annanriuta (Anna's Mountain Reef). The legend of this mountain says about Karelian girl Anna, who jumped from a cliff during the Russian-Swedish War to avoid being taken by enemies. The mountain Reef, which means rushing to the sea, is a memory of the times when the waves of Ladoga, whose level was higher than the current one, fought the rocky shore.
The geologists that examined the snake mountain called it the open-air museum. In the near future, the rock intends to assign the status of a natural monument of Karelia.
Since 2014, this place is helding adventure festivals - the Russian championships in mountain tourism, the training base of the North West Russia.
The Grass Park was founded by the initiative of Petrozavodsk climber Mikhail Pochezerskogo, together with the enthusiasts of St. Petersburg, Petrozavodsk and Cherepovets with the sponsorship of Red Fox company.
If you are not keen on this type of sport, then you can just climb to the top of the cliff using a path and admire the spectacular panorama of the vicinity from a height of 50 meters.

3. For those who likes museums and history we suggest to visit military complex The owl mountain, which is located in 10 km from the park-hotel surrounded by the forest and represent the powerful mountain with two entrances inside. The museum's military Historical exposition is being collected and placed with sections: The Winter War of 1939-1940 years, the Great Patriotic War in Karelia 1941-1944 years. Reconstruction of war, quests and other thematic activities are being carried on the territory of this object. The Owl Mountain provides minerals like biotite, quartz, grenades, muscovite, kyanite, andalusite, sortavalit. The last mineral attracts attention as a mineral, found only in South-Western Karelia and nowhere else in the world! The museum has opened a section on the geology of Karelia.
Geological features and scenic views, which are opened from inspection sites and footpaths, turn the "Mount of the Owl" into an attractive object for panoramic and landscape photography.

4. Ofcourse, while being in Karelia you can not miss visiting Valaam island - the biggest rocky island on the Ladoga lake.
The archipelago is famous for its architectural ensemble Spaso-Pereobrazhenskiy Orthodox men's monastery, which has been on the island since the 14th century. It's one of the oldest men's monasteries in Russia.
A lot of people from all over the world are coming here to see this beautiful historic landmark.

5. One more of the most interesting and beautiful places, which attracts tourists every year is the marble quarry and the park Ruskeala.
Here you can visit excursions, where you learn the natural sighseeings and history of mining; ride dog sleds; go down the cave with mountaineering equipment; fly over the Marble Canyon. This astonishing place is no doubt should be in your list of "must see".

6. For those who likes horse riding or just adores this wonderful animals - horses, is necessary to visit the village "Stable Yard", which is located in 5 minutes from Sorola Village Park Hotel. This place is opened every season and for every person. Here you will get happiness, good mood, peace and will spend free time in the best way.

You are welcome to Sorola Village Park Hotel, where you can rest with full comfort! 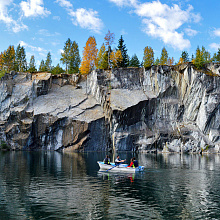 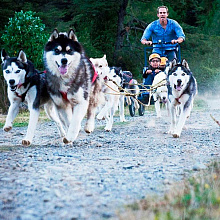 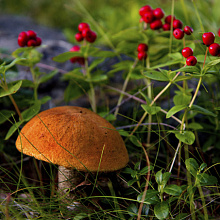 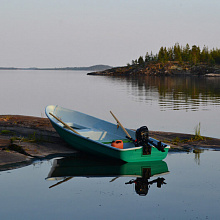 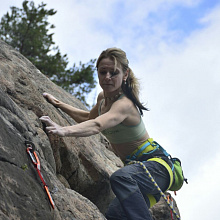 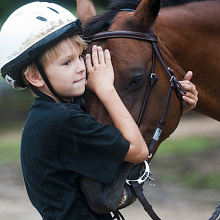